Holidays in Sardinia, with the most beautiful beaches of Golfo Aranci

2 July 2019 Posted Under: Uncategorized No Comments

Golfo Aranci is one of the most popular tourist destinations to discover the natural beauties of Sardinia and, at the same time, to enjoy a relaxing holiday, with all the amenities of an overnight stay in a resort.

Placed in the very centre of the region of Gallura, within easy reach of the Emerald Coast and all its temptations, Golfo Aranci is a location which gives the tourists the opportunity of living and experience of being in living close to uncontaminated nature of Sardinia’s wildest dimension. At the same time, you will be in close proximity to the most beautiful beaches on the island.

The beaches of Golfo Aranci

The beaches of Golfo Aranci are directly connected with the others, winding all along the coast to Olbia. Their dazzling beauty combined with the crystal-clear sea, right under the majestic rocky cliffs on the sea, makes this area of the Island one of the most breathtaking places to visit. The beaches have fine white sand, in long stretches facing the turquoise-blue sea. The seabed is not very deep, for a distance of several meters, allowing guests to take a view of the charming seascape, rich in reflections, which is a constant feature of this area.

Cala Sassari is enclosed in two wooded headlands, stretching along the crystal-clear sea. Despite the charming wildness nearby, the beach has fine and white sand, occasionally alternating with bigger and darker grains. The beach is characterized by its peculiar wild look, also due to its reefs, rising out of the sea in proximity to the coast. But also thanks to the beautiful Mediterranean vegetation, growing nearby. From this beach, you can enjoy a breathtaking view of the sea, with its changing colours, and the enchanting islands of Tavolare and Figarolo.

The island of Figarolo, which can be reached by sea thanks to its small mooring, rises up to a height of 139 meters above the sea level and is partially covered by the Mediterranean scrub. Figarolo is part of a larger protected natural area, which can be explored following the different paths and trails winding through it. Specimens of mouflon and other animal species, like the peregrine falcon, live undisturbed in the island. The fauna and the flora of Figarolo may be observed by carrying binoculars, so as not to disturb animals, by approaching too much.

Around the island of Figarolo live and pass through dolphins, which are one of the main tourist attractions in the area. Many excursions are purposely organized just in order to allow the tourists chasing shots of the dolphins. Excursions by dinghy or motorboat allow, also, to observe those wonderful marine mammals in their natural environment.

Cala Banana is one of the wildest and less popular beaches of the area. Its quite unusual name most likely derives from its semi-circular shape, which looks, actually, like the shape of a crescent moon or, precisely, a banana. The main feature of this beach is that it is surrounded by the Mediterranean scrub, pretty lush, which provides a green setting even in mid-summer. The sea is Cala Banana often takes on emerald shades.

Spiaggia Bianca is located a short distance from Olbia, but it’s already within the area of Golfo Aranci. Several hundred meters long and squeezed between two short rocky peninsulas, it has a very fine and extremely white sand, fringed by the typical Mediterranean scrub and adorned with wild lilies. The beach is the favourite destination of the families, but also popular among enthusiasts of water sports, such as windsurf, and also among those who love exploring the seabeds with masks and snorkels: Spiaggia Bianca is a real heaven for snorkelling lovers.

Cinque Spiagge of Golfo Aranci are five beaches which have common features: they stretch from east to west and are characterized by a white, very thin sandy shore, almost looking like talcum powder. Cinque Spiagge has many bathing establishments offering tourists all possible comfort.

Of the five beaches of Cinque Spiagge, the third beach (Terza Spiaggia) is the largest one: The Sardinia Blu Residence is only 200 meters from it.

Residence and Hotel Golfo Aranci: what we offer

Sardinia Blu Residence in Golfo Aranci offers all the comforts of an overnight stay in high-quality hotel facilities, with all the amenities which are demanded to such excellent hotels.

Our wonderful hotel, in the astonishingly beautiful Sardinia, is just a short walk away from Terza Spiaggia beach and makes available to its customers a well-kept swimming pool, surrounded by an oasis of green vegetation, in which to spend even hours of undisturbed relax.

Sardinia Blu Resort in Golfo Aranci also offers a handy free bicycle rental service, which gives customers the opportunity to go on an adventure on their own, exploring the coastal landscapes of Golfo Aranci.

To those who would prefer learning more about the beautiful seaside locations of Golfo Aranci, the Sardinia Blu Residence provides the opportunity to have well-organized motorboat trips, always guided by experienced skippers. You will be able to rent a motorboat for several days and stay overnight on board, discovering the wildest Sardinia.

Book your holiday in our Residence Hotel in Golfo Aranci: we will give you one the most relaxing and unforgettable experience of your life. 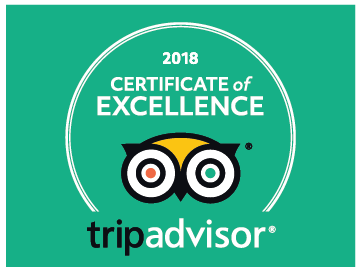